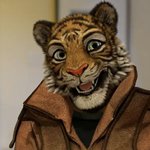 Laindon - joined over 1 year ago

A mature gentleman, married for over 50 years, to the same beautiful lady. We have children and grandchildren and are hoping to live happily ever after.