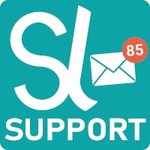 South Bank - joined over 2 years ago