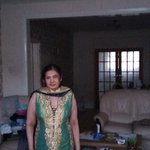 Hounslow - joined over 2 years ago

If you have attended the above schools I would like to hear from you.