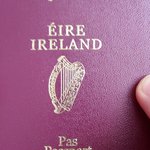 Hornchurch - joined over 2 years ago

Engineer. Took an extremely lucrative redundancy package at 55. Haven’t looked back since. Interested in all things mechanical/electrical. Love repairing what a lot of people would consider unserviceable.