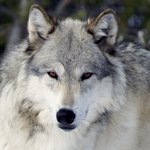 Brixton Joined over 2 year ago

Swinging the hammer at Scooploop, but am I worthy?

On my personal wall I am posting about random stuff I stumble upon, South London and sometimes tech.